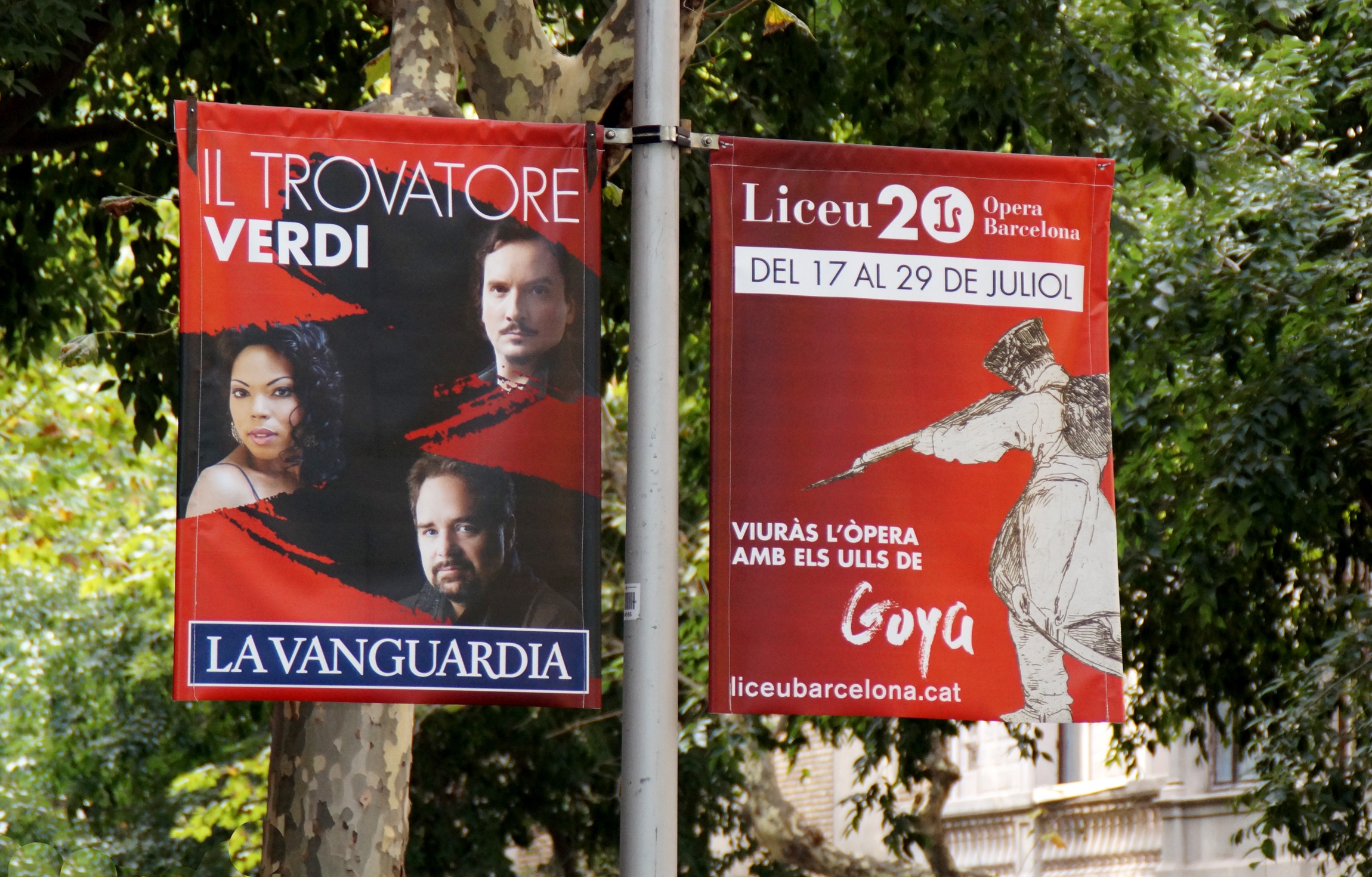 Since it was a new production there was no graphic material available to illustrate it. te stage director Joan Antón Rechi bet on the integration of Goya character as a metaphore of the absurdity of war through the images of his engravings.

Neue proposal is based on the graphic translation of the values of this opera in a visual way: rivalry (confonted characters), war (recognizable engraving), Goya (engraving and signature), drama (composition, color and brush-strokes). 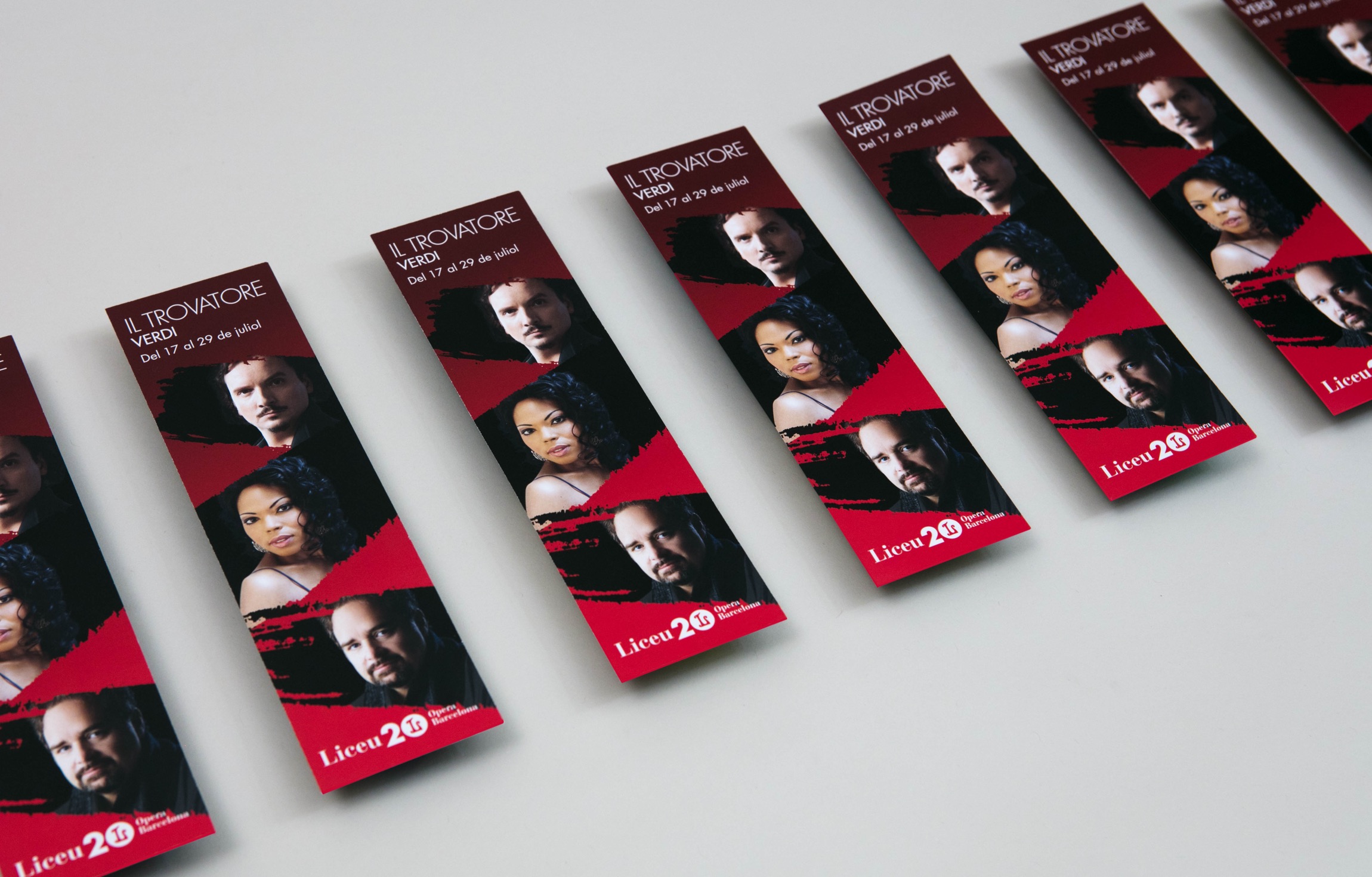 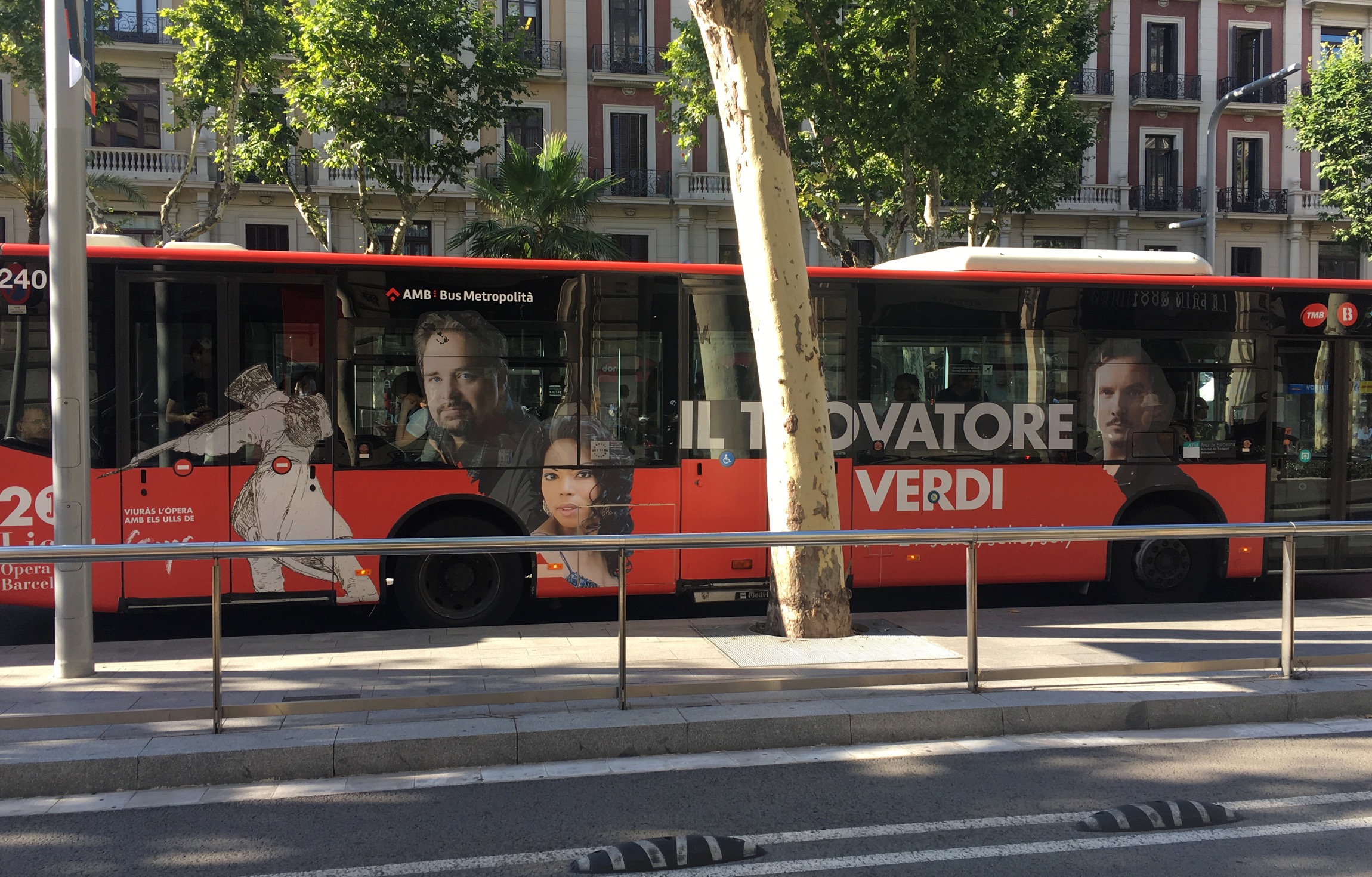 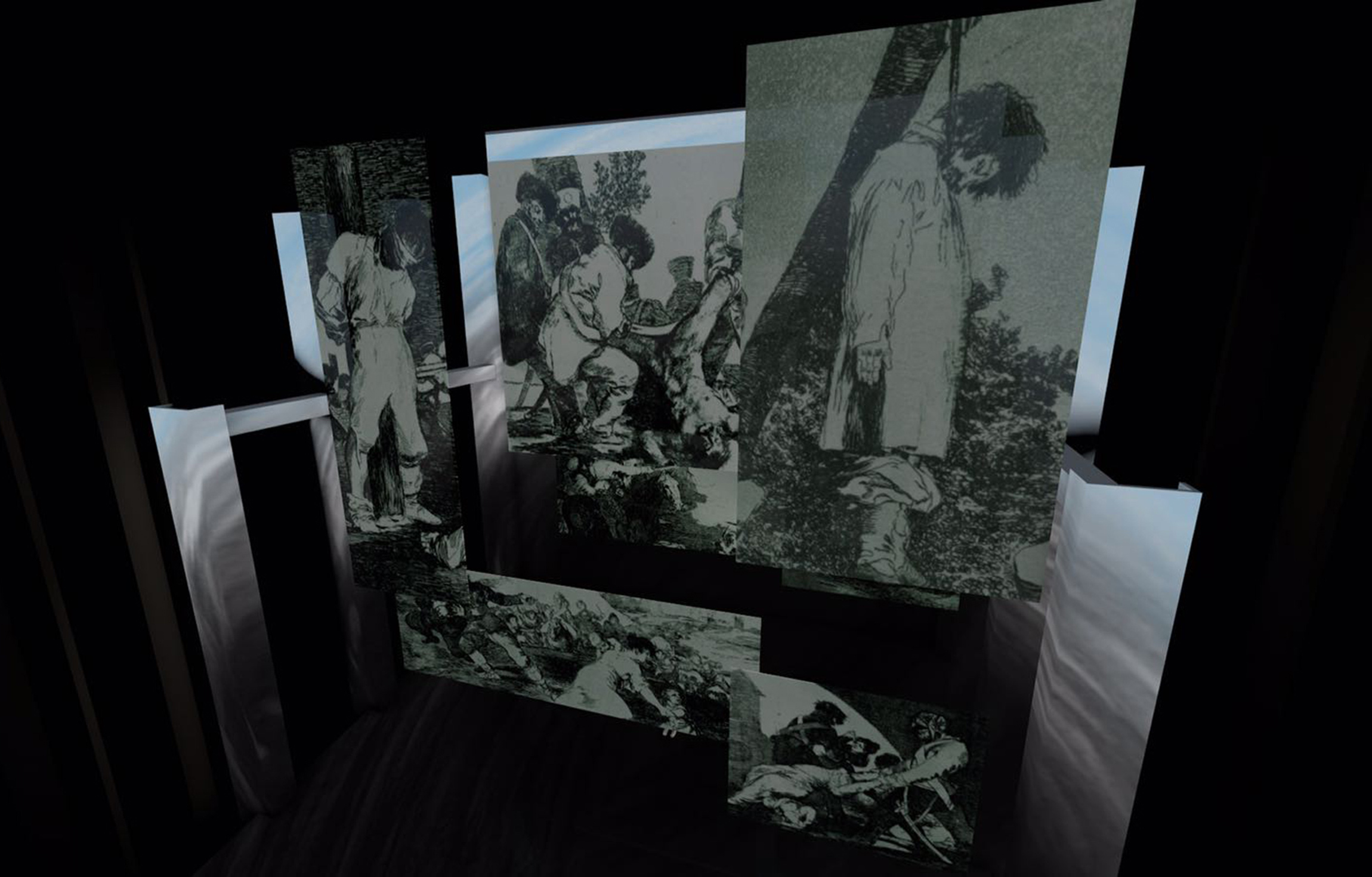